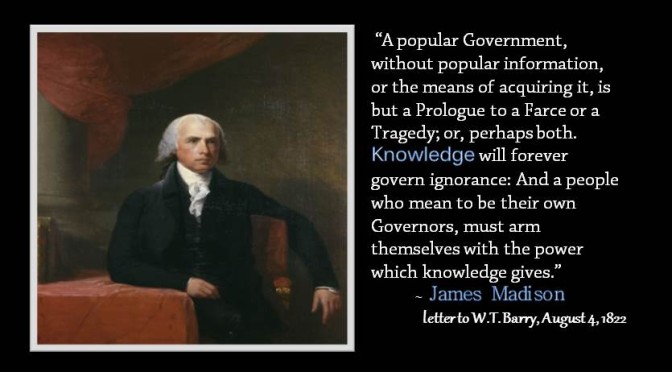 “[T]he belief in a God All-Powerful, wise, and good is so essential to the moral order of the world and to the happiness of man that arguments which enforce it cannot be drawn from too many sources nor adapted with too much solicitude to the different characters and capacities to be impressed with it.”

“The Rulers who are guilty of such an encroachment, exceed the commission from which they derive their authority, and are Tyrants.The People who submit to it are governed by laws made neither by themselves nor by an authority derived from them, and are slaves.”  James Madison, Written Address to The General Assembly of the Commonwealth of Virginia: “A Memorial and Remonstrance Against Religious Assessments” – 1785;