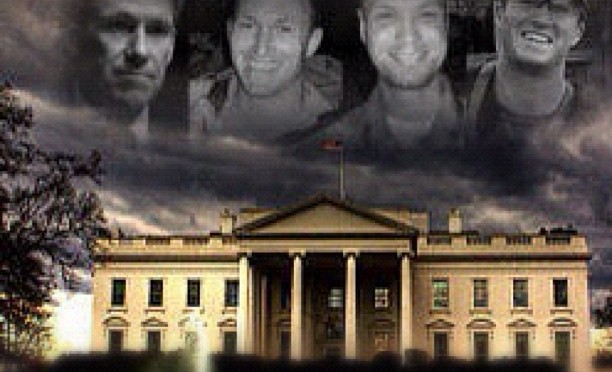 America is headed toward  the third anniversary of  the 9/11 Benghazi attacks and  there is still no accountability in sight.   Congress approved another $3.3 Million dollars for a third oversight committee.  What have the investigations accomplished?    Sporadic news frenzies from Fox News to boost ratings and several emails.    We have various reports but scarce investigative journalism.

Mainstream Media has reported that Obama sent arms to the Syrian Free Army.    In fact, last year Obama, McCain, Corker, Kerry and others voted to send boots on the ground to Syria. It was noted those who voted for boots on the ground in Syria received huge kickbacks from Industrial War Complex. This would mean our troops fight along side Al-Qaeda tied rebels.   This same style “rat-lines,” as they are called, are operating in Benghazi.  Aaron Klein reported the so-called consulate was a “rented house”…  Klein makes allegations using ARB report of Thomas Pickering, retired U.S. ambassador and Chairman of the Benghazi Accountability Review Board,  during  the first investigation concerning the renting of this private residence since it violated international laws.  Audio

Apparently no one will even admit we’re fighting a ‘Holy War”.  In fact, this war started under the Carter Administration by recruiting Osama Bin Laden (aka Tim Osmon) to head the Mujaheddin, which literally means ‘Holy Warrior.”   No matter how many times we hear the words “Allah Akbar” it’s not a “Holy War” because Bush said so (sarcasm).  https://www.youtube.com/watch?v=OJTv2nFjMBk

Should Americans view The War On Terror as a “Holy War”?  Muslims sure think that is what THEY are fighting in.  We should ask ourselves: Is it possible to fight a “Holy War” with faith only in ourselves?   Despite the fact  that Allah was another name for the Crescent Moon God, these Muslims believe enough in their “god” to die for their cause.   By researching biblical prophecy, one might  ask if it could  be possible that Obama is “The Lawless One” and the covert ties could be reviving Turkish-Ottoman Empire.  It is Turkey that is “North” of Jerusalem, not Russia.   If it’s Russia, then the War of Gog and Magog is already past being fought through U.N.  via Russia.  Russia has headed U.N. since it’s founding.

Chris Stevens, the U.S. ambassador murdered in Libya, played a central role in recruiting jihadists to fight Bashar Assad’s regime in Syria, according to Egyptian security officials speaking  to WND.

Stevens served as a key contact in working with the Saudis to coordinate the recruitment by Saudi Arabia of Islamic fighters from North Africa and Libya. Those jihadists were sent to Syria via Turkey to attack Assad’s forces, said the security officials. http://kleinonline.wnd.com/2012/09/24/sources-slain-u-s-ambassador-recruited-jihadists-egyptian-officials-say-stevens-worked-with-saudis-against-assad/

This is the official Intelligence briefing from oversight committee.    “Integrity, once you get rid of it the rest, is easy”.  J.R. Ewing.  There has been at least one article a day in the media (since funding for new investigation was granted), spinning the tale by military brass and Obama officials, claiming there was no stand down order.

Within hours of Congress approving funding for new hearings, there was more propaganda released. US officers say no ‘stand-down order’ for Benghazi

What happened to memory of first Benghazi hearing testimony of Gregory Hicks confirming “Stand Down” order to Lt. Col. Gibson and his team of special forces?

There is a war on truth in U.S. and our minds using Psychological Subversion.  That battle has intensified since the repeal of Smith-Mundt act just weeks before Benghazi attacks.

How many lies and denials so far?  There was the video of the security team.

What was the “Special Mission” in Benghazi which was not a consulate but a rented house?

Benghazi is their “House of Cards” and if all information were released and justice served, the implication would lead from the WH to Rothschild global security force G4S. Not just in WH Administration but in CFR, CIA and International levels.   Rothschild, which is authorized and regulated in the United Kingdom

The AMAZING thing was that Ambassador Stephens taken to the hospital run by Ansar Al Sharia. . There are various spellings for the Ansar Al-Sharia “entity” in Benghazi Jala, Al-Galaa, Galaa, Gregory Hicks quoted from video states: “Enemy Controlled” in reference to the only hospital in Benghazi. http://www.breitbart.com/Big-Peace/2012/09/19/British-Security-Firm-Stonewalls-Press-Inquiries-on-Benghazi-Mission