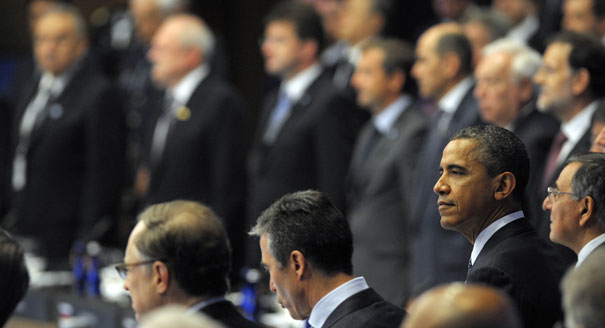 by Jerome R. Corsi, WND) — UNITED NATIONS – Representatives of the United Nations High Commissioner for Refugees, or UNHRC, are “intensely discussing in meetings” the possibility of extending U.N. protection to the thousands of Central Americans crossing the U.S. border with Mexico illegally by defining them as “refugees” who are seeking asylum from political and domestic violence in their home nations, WND has confirmed.

A UNHCR official confirmed Monday to WND via email that a 10-nation meeting in Nicaragua of ministers of the interior from the U.S., Mexico and various Central American countries was held Thursday and Friday.

The ministers, according to preliminary reports obtained by WND, concluded the Central American illegal aliens are “refugees” deserving international protection under the auspices of the U.N. as they seek asylum in the U.S. The ministers cited the U.N.’s 30-year-old declaration on the rights of refugees.

Attending the meeting were UNHRC representatives, as well as representatives of SICA, the El Salvador-headquartered non-government organization known in English as Central American Integration System. The group was endorsed by the U.N. General Assembly in a resolution Dec. 10, 1993, to create regional bodies and institutions authorized to interact with the U.N. officially in an effort to unify Central American states politically and economically.

On Monday, the UNHRC in Colombia notified WND the U.N. would issued a press release Tuesday afternoon on last week’s 10-nation meeting in Nicaragua, after receiving comments from SICA and the host country.

WHILE AMERICANS CONTINUE TO FULFILL ALINSKY’S TACTICS FOCUSING ON OBAMA THE SHADOW PARTY CONTINUES IN THE SHADOWS.  N.A.F.T.A. Act Globalization effects and safety of our food supplies.

This is Bill Clinton’s remarks when he signed N.A.F.T.A. Act.   Clinton stated N.A.F.T.A. Act. was already creating jobs before it was signed and within 1 year would create thousands of jobs within first year.  Now “Forward” looking back how big is that “giant sucking sound”?? By Bush #41 privatizing Gulf War and Military beyond Military War Complex creating “Carlyle” Group all these agreements did was empower Global Elite.  The latest investment of Carlyle Group is global healthcare.  Does that surprise you?

Every president since George H.W. Bush has extended “favored country status to China as well as drafted and expanded all “Trade Agreements (N.A.F.T.A. and S.A.F.T.A. Act.  Bush signed S.A.F.T.A. Act and Obama Administration in 2011 expanded the agreements on steroids.

And now the latest addition to Not-So-Affordable Healthcare is RFID Implants for storing medical information.  And yes they’re making money from that the latest company is VeraChip.  NBC News: “All Americans Will Be Microchipped In Less Than 3 Years”http://conservativepost.com/nbc-news-all-americans-will-be-microchipped-in-less-than-3-years/

Clinton: Immigration Reform ‘Only Way to Keep Our Country Growing’

One reason South American countries are rioting is over sanctions of things like food and other commodities.

When considering  parallels of WW2 history of hyperinflation and food embargoes, sanctions the scenario could get worse.  South America comprises a large part of the 60% of fruits and vegetables imported into the U.S.

Ezekiel 28: 16  GNVBy the multitude of thy merchandise, they have filled the midst of thee with cruelty, and thou hast sinned: therefore I will cast thee as profane out of the  mountain of God: and I will destroy thee, O covering Cherub, from the midst of the stones of fire.

Is Illegal crisis manufactured?   Homeland Security advertised for escort for 65, 000 children in January.

Is the surge of illegal child immigrants a national security threat?

Border crisis: Why the surge in illegal border-crossers with children? (+video)

There is no immigration problem other than not enforcing the laws.  Why did America detour away from 1928 immigration laws handed down by DOD training manual?
1928 ARMY TRAINING MANUAL CONCERNING CITIZENSHIP INCITING TRUE DEFINITION OF DEMOCRACY
CITIZENSHIP Democracy: A government of the masses. Authority derived through mass meeting or any other form of “direct” expression. Results in mobocracy. Attitude toward property is communistic–negating property rights. Attitude toward law is that the will of the majority shall regulate, whether is be based upon deliberation or governed by passion, prejudice, and impulse, without restraint or regard to consequences. Results in demogogism, license, agitation, discontent, anarchy