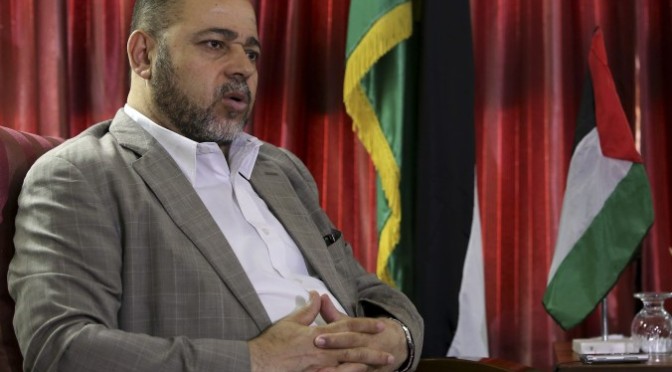 How does failure to enforce immigration laws affect “National Security?” With immigration crisis a  HOT political topic and the Hamas-Israeli situation in Gaza, let’s look at Hamas and Muslim Brotherhood leader Moussa Abu Marzouk.  Is Marzook’s Hamas networks still in U.S.?  Are they connected to at least 35 known Islamaburg jihad training camps?  Are our open borders become a “Trojan Horse” as well as health and economic threat?

There are at least 35 Islamaburgs (Jihad training centers CONFIRMED) in the United States.

Muslim terrorists have set up towns and jihad training camps in the U.S., as far back as 3 decades ago. Yet our government focuses on “far-right” groups and patriots. In the name of tolerance, we have allowed our country to be “taken down from within”
HOLY ISLAMVILLE, SOUTH CAROLINA
http://www.youtube.com/watch?v=_bMgkJya5DQ

Born in 1951 in Rafah in the Gaza Strip, Marzook went to Cairo to study engineering and received a degree from Ein Shams University in 1977. Marzook moved to the United States to pursue a Ph.D. in engineering.  After leaving the United States in 1992, he moved to Jordan where he lived until being expelled in 1995. While living in Jordan, Marzook is suspected of having played a significant role in planning and coordinating numerous terrorist attacks within Israel.  On July 25, 1995 after his expulsion from Jordan, Marzook was arrested at John F. Kennedy International Airport in New York, where he was detained by authorities until being returned to Jordan in 1997.  Following a nationwide crackdown on HAMAS activities within the country, he was once again deported by Jordanian authorities in 1999.

Marzook left a significant legacy in the United States. During his tenure in the US, he created an extensive network to support HAMAS’ terrorist activities. In addition to serving on the board of directors of the Islamic Association for Palestine, which courts have found “desired to help HAMAS activities succeed” and acted on that desire,  he also founded a think-tank called the United Association for Studies and Research (UASR).  Marzook also provided the Holy Land Foundation (HLF), with $210,000 in initial funding;   and channeled $250,000 in investment capital to Infocom, a Texas-computer business run by relatives of Marzook’s wife.

Federal prosecutors say the IAP, UASR and HLF the were created by the Muslim Brotherhood’s Palestinian Committee in the United States “to comprehensively address Hamas’ needs.“[12]

The case of Dr. Mousa Mohammad Abu Marzook, a 46-year-old husband, father of six, legal resident of the state of Virginia and Hamas party political leader, who has been held in a seven-by-eight-foot cell in the Metropolitan Correction Center in New York City since July 25, 1995, but who has yet to be charged with a crime or even granted a personal hearing in a U.S. court, may go down in history as an equally colossal failure of American justice.

A court filing by federal prosecutors  provides detail on the role of Mr. Marzook as a leader of the United States-based Muslim Brotherhood and Palestine Committee:   In 1997 Mousa Abu Marzook was legal resident of Virginia with family.

THE DANGERS OF DOWNGRADING “NATIONAL CRIMES” TO “POLICE WORK” Appeasement is signal of surrender.

“….Back in 1993, FBI assistant director James Fox, who then headed the Bureau’s New York City office, suspected that the Iraqi intelligence service  Jihaz Al-Mukhabarat Al-A’ma had orchestrated the bombing, using Islamist volunteers from other countries as cover.  However, Fox was not permitted to pursue this line of inquiry.  He later confided to terrorism expert Laurie Mylroie that Janet Reno’s Justice Department pressured him to ignore any possible involvement by foreign governments.   Reno’s people “did not want state sponsorship addressed,” Fox explained. They simply wanted to arrest and jail the terrorists as common criminals”,  page 7  from “The Shadow Party” by  David Horowitz and Richard Poe

June 10, 2014  Marzouk recently  moved from Cairo and position with Muslim Brotherhood to Gaza with Hamas.

Abu Marzouk was born in Gaza’s Rafah refugee camp, but left the territory in 1968 and spent most of his life in exile. In the 1990s, he served as the top Hamas leader, but was then replaced by the current No. 1, Khaled Mashaal.

Abu Marzouk has been based in the Egyptian capital of Cairo since top Hamas leaders in exile left their long-time headquarters in Syria in 2011, a few months after the start of the civil war there, and found refuge in different Middle Eastern capitals.

Islamic militant group Hamas’ No. 2 leader said in an interview Tuesday that he hopes to move from his base in Egypt to his native Gaza Strip following the formation of a Palestinian unity government.

Moussa Abu Marzouk also told The Associated Press that reconciliation efforts between his movement and Palestinian President Mahmoud Abbas would continue despite a new flare-up of tensions between the long-time rivals.

In Gaza, Hamas forced banks to remain closed for the past week because of a dispute with Abbas over salaries for its loyalists. More than 40,000 employees worked for the Hamas government in Gaza, and it’s not clear if they will retain their jobs or who will pay them in the meantime.

Abu Marzouk said Qatar promised help and that the head of the Palestinian unity government, Rami Hamdallah, has been invited for talks to the Gulf state. “There should be an urgent payment to resolve the problem of the salaries,” he said. By Associated Press | June 10, 2014

Abu Marrzouk stated in article above Qatar had promised help.  Is there a history of Saudi funding? Most notably, In 1999, CAIR received $250,000 from a Saudi-based bank headed by the former Director of the Muslim World League (MWL). Osama bin Laden identified MWL as a primary source of funds for Al Qaeda. Federal investigators raided MWL’s U.S. offices. It is not a far reach to see that CAIR received money from a source the leader of Al Qaeda recognized as a “primary” source of funding for AQ. Holy Land Foundation Trial Posted on March 9, 2014

Are Hamas and the Muslim Brotherhood one and the same?

The 25-Point Project for the 100-Year Plan of Global Islamist Domination The Plan came into the hands of Swiss authorities from a raid of a luxurious villa in Campione, Switzerland on November 7, 2001. The raid’s target was Youssef Nada, director of the Al-Taqwa Bank of Lugano, who has had active association with the Muslim Brotherhood for more than 50 years and who admitted to being one of the organization’s international leaders.

The Muslim Brotherhood, regarded as the oldest and one of the most important Islamist movements in the world, was founded by Hasan al-Banna in 1928

and dedicated to the credo:  Video

Mousa Mohammed Abu Marzook, the political leader of the Hamas movement, jailed in Manhattan for 22 months on suspicion of terrorism, was deported yesterday and flown to Jordan aboard a United States military jet.

Mousa Abu Marzouk was a participant or observer in the following events:  His release ended what had become an embarrassing case for both the United States and Israel. Both nations had sought to keep him in jail, but did not come up with persuasive evidence of his complicity in a series of violent attacks by Hamas.

FLASHBACK:  Separation of Church and State”  That only applies to the chattel.

Obama to Illegally Fund Hamas-PLO Terror State 6/2/2014 Washington said Monday it will work with the Palestinian Arab unity government and maintain aid, while “watching closely” to ensure it respects the principle of non-violence, AFP reports.

Reports of American born Muslims involved in African Mall with Boko Haram and now Syria.  What threat to National Security will that pose upon their return?

Revoking Citizenship for Americans Who Fight With Syrian Jihadists Former FBI Director Robert Mueller expressed concern last month that Americans fighting with jihadists abroad, including in Syria, will bring back the training and radical ideas they picked up and decide to “undertake an attack upon the homeland.”

Iraq crisis: How Saudi Arabia helped Isis take over the north of the country

A speech by an ex-MI6 boss hints at a plan going back over a decade. In some areas, being Shia is akin to being a Jew in Nazi Germany

Clinton famously drops a bomb at Congressional Hearing on U.S. involvement with Al-Qaeda, which most Americans had no clue about…    video here:

Did Bin Laden, a CIA Operative change”Mujahedin” translated “Holy Warrior” to  Al-Qaeda translated “The Base”??

FBI REPORT AL-Qaeda translation “The Base”

Afghanistan, the CIA, bin Laden, and the Taliban

Prosecutors applied the label of “unindicted co-conspirator” to the Council on American-Islamic Relations, the Islamic Society of North America, and the North American Islamic Trust in connection with a trial planned in Texas next month for five officials of a defunct charity, the Holy Land Foundation for Relief and Development.  Organized and funded under Holyland Foundation.  Bill Clinton signed Executive Order there could be no discrimination. Executive Order 13087 was signed by U.S. President Bill Clinton on May 28, 1998, amending Executive Order 11478 to prohibit discrimination based on sexual orientation in the competitive service of the federal civilian workforce. The order also applies to employees of the government of the District of Columbia, and the United States Postal Service. However, it does not apply to positions and agencies in the excepted service, such as the Central Intelligence Agency, National Security Agency, and the Federal Bureau of Investigation.