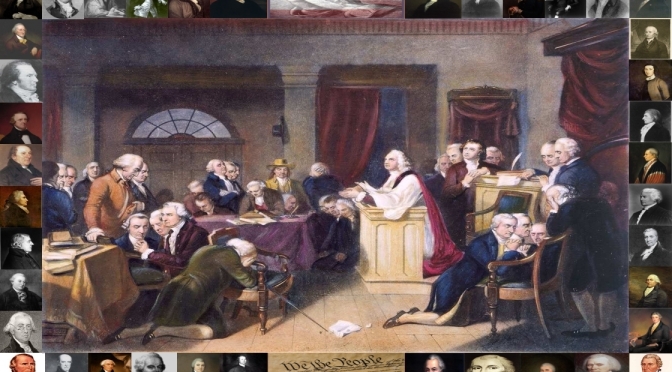 Do we have proof of Fifth Column Movements

The founding principles of the Republic may be cast aside because there are powerful forces at work bent on changing our form of government. For many decades these same forces have helped to move America away from constitutional limitations toward an all-powerful state. They now hope to formalize radical changes that have already been taking place by rewriting the Constitution.

“Let us face reality, The framers have simply been too shrewd for us, They have outwitted us. They designed separated institutions that cannot be unified by mechanical linkages, frail bridges, tinkering. If we are to “turn the founders upside down” – to put together what they put asunder – we must directly confront the constitutional structure they erected” James MacGregor Burns “The Power To Lead”. “Committee on the Constitutional System”.

The “Rule of Law” is Talmudic Law rather than Constitutional Law  and goyim are dictated with “Noahide Laws” classified as sub-class beings.

Clinton speaks of establishing a New Covenant,  replacing Declaration of Independence which replaces the Bill of Rights with Seven Laws of Noah and established religion.

No, George this is a “Holy War” and any fifth grader understanding any of the three established religions in history should understand you can’t war against established religions even Spanish Inquisition style Christianity from a secular, military alone.  That is of course unless your a fool setting a nation up for defeat.  Jesus is never associated with crescent moon deities of both Islam, Talmudic and Cannon Law.

George Bush says that Christians and Muslims worship the same God (Jesus answers this in John 14:6)