The Communist Party USA, the main organizer of Ferguson, Missouri Riots, is now in Baltimore, MD.  According to TRAC Terrorism Research Revolutionary Communist Party is an active group in U.S.

During Communist insurrections in Ferguson, Carl Dix was charged by Ferguson police as an ‘Outside Criminal Element”. Buses of activists from the Samuel Dewitt Proctor Conference in Chicago; from the Drug Policy Alliance, Make the Road New York and Equal Justice USA from New York; from Sojourners, the Advancement Project and Center for Community Change in Washington; and networks from the Gamaliel Foundation–all funded in part by Mr. Soros–descended on Ferguson starting in August and later organized protests and gatherings in the city until late last month. George Soros is tied to the funding of Ferguson protests. He is also connected to the Gamaliel Foundation which Obama trained with ACORN and received his Marxist community organizing skills. Later reports confirmed George Soros funded protests with $33 Million dollars.  Revolutionary Communist Party released several statements concerning Carl Dix in video below (Baltimore) arrest in Ferguson.

Communism appears to be another banned word in America these days.   Investigative journalism seems to be a relic in America once guaranteeing freedom of press.

For those unfamiliar with Cold War Modern Warfare defected KGB Agent Yuri Bezmanov explains.  The tactic of “Smart War” or “Active Measures” to create “class warfare”  bringing  country to crisis without firing a shot in most cases.  The Counter Active Measure of same-sex marriage is last phase of demoralization  before destabilization.

On June 17, 1957, this passage was read into the Congressional Record by Rep. Thomas G. Abernathy.

In 1922, the Russian Comintern provided $300,000 for the spreading of communist propaganda among Negroes. In 1925, the Communist Party U.S.A. told its members:

“The aim of our Party in our work among the Negro masses is to create a powerful proletarian movement which will fight and lead the struggle of the Negro race against the exploitation and oppression in every form and which will be a militant part of the revolutionary movement of the whole American working class … and connect them with the struggles of national minorities and colonial peoples of all the world and thereby the cause of world revolution and the dictatorship of the proletariat.”

In 1925, a dozen blacks were recruited for propaganda training in Russia. That same year, the American Negro Labor Congress was established. In 1930, they changed their name to the League of Struggle for Negro Rights. They merged with the United Negro Congress when it was founded in 1936 in Washington, D.C. By 1940, communists made up two-thirds of its membership. In 1947, they united with the Civil Rights Congress, a communist front group.

IMPORTANT HISTORY ATTEMPTED COMMUNIST ANARCHY FOR CIVIL UNREST. Stripped of constitutional rights and treated like dogs but yet they are now free will slaves. 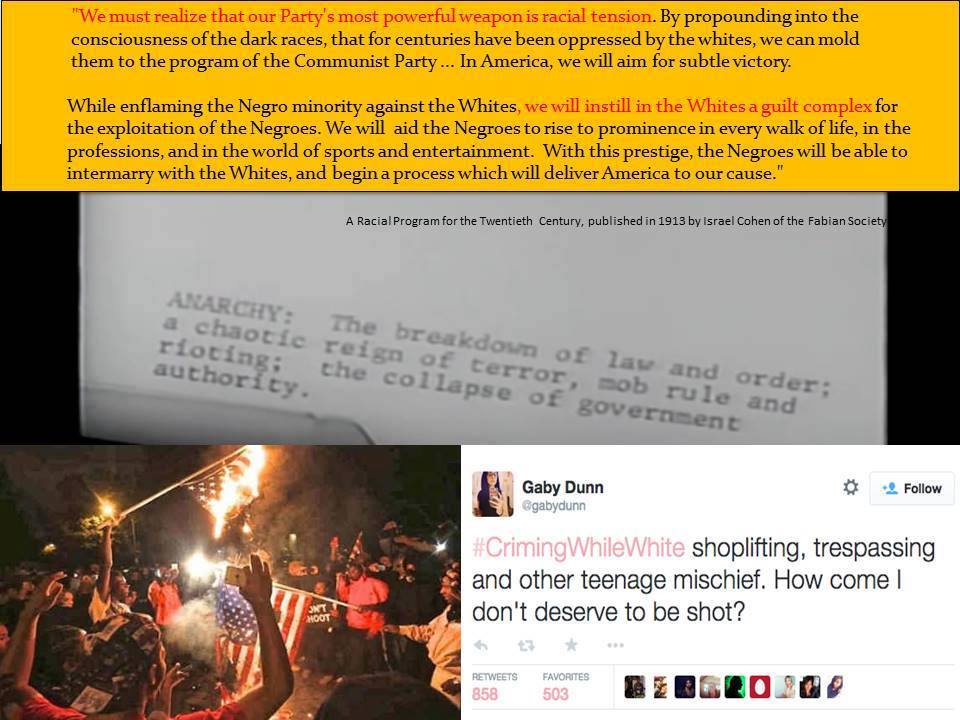 “A racially integrated community is a chronological term timed from the entrance of the first black family to the exit of the last white family”. Saul Alinsky “We must realize that our Party’s most powerful weapon is racial tension. By propounding into the consciousness of the dark races, that for centuries have been oppressed by the whites, we can mold them to the program of the Communist Party … In America, we will aim for subtle victory.  Which if one understands Lenin’s Proletariat educated red army it would seem America is now facing the inevitable.

While enflaming the Negro minority against the Whites, we will instill in the Whites a guilt complex for the exploitation of the Negroes. We will aid the Negroes to rise to prominence in every walk of life, in the professions, and in the world of sports and entertainment. With this prestige, the Negroes will be able to intermarry with the Whites, and begin a process which will deliver America to our cause.” A Racial Program for the Twentieth Century, published in 1913 by Israel Cohen of the Fabian Society (a follow-up to Zangwill’s play The Melting Pot),

THE REDS ARE IN THE CHURCH

One expose entitled THE VETTING, PART I: BARACK’S LOVE SONG TO ALINSKYdetails Obama’s connection to the Rules for Radicals author .  The article has a copy of Chicago play “Saul Alinsky is Back” at Terrapin Theatre.  “The Love Song of Saul Alinsky” is important because Barack Obama was in attendance on the last night, sitting on the panel at Blue Ridge Theatre in Pilsen.

Saul Alinsky died in 1972. He was a Marxist grassroots organizer who spent much of his life organizing rent strikes and protesting conditions of the poor in Chicago in the 1930s. However, unlike Christian socialist and activist for the poor Dorothy Day, Alinsky’s real claim to fame was as strategist for anti-establishment ‘60s radicals and revolutionaries.

It seems obvious Obama was George Soros race card community organizer scape goat, with media fanning the flames and diverting attention away from “Outside Agitators”. 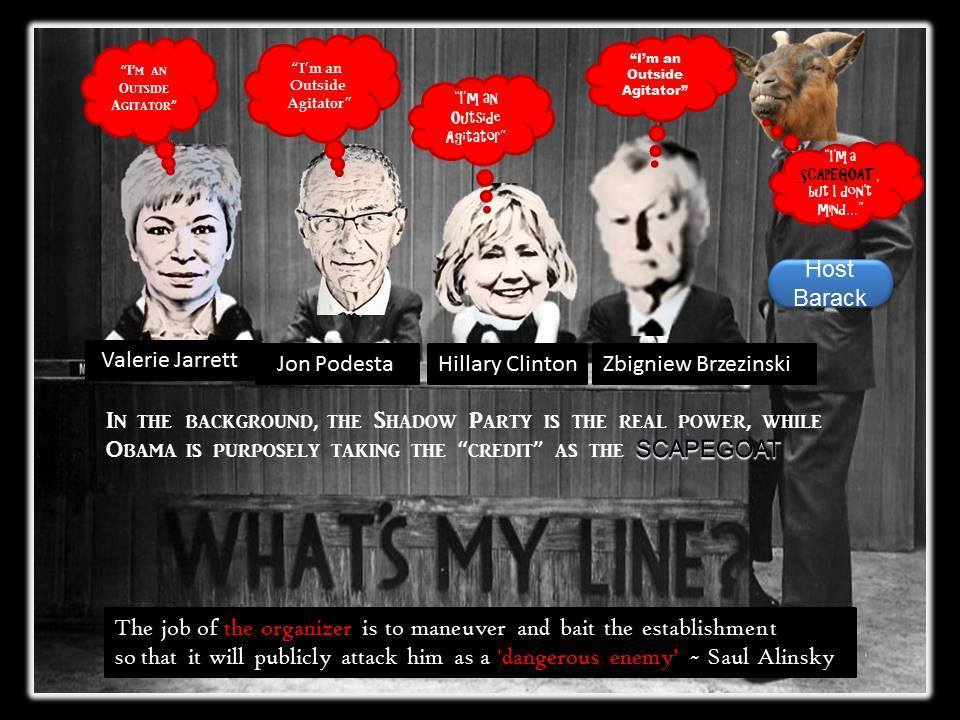 The job of the organizer is to bait the establishment so that it will attack him as a dangerous enemy   Saul Alinsky   American’s having now the first black president are conditioned speaking out is racist.

Hillary Clinton is considered to be Alinsky’s daughter. The  great outside agitator praises Soros for keeping her in power.  Both Obama and Hillary are on Team Soros.    Hillary’s Radical distaste for “Rule of Law” @ 5:14 “Hidden Lives of Bill And Hillary Clinton documentary.

UNESCO Classical Conditioning education and psychological warfare against both blacks and whites since WW2  has left it’s mark on our society.  Congressional debate during 87th Congress.  Congressman Utz (CA) lead the debate on Paul Harvey’s editorial “UNESCO Communist Trap for our youth.   Lenin  praised Pavlov for his experiments in Speech in Russia.   The Brainwashing in our media and educational system is surreal to Nazi Germany.  When the brain is presented with two opposing views the brain splits and memory loss occurs.  Students now being trained to be obedient global citizens.  Social Justice always code word for Marxism and rooted in Frankfort School of (Marxism) Social Justice.

Baltimore Mayor Stephanie Rawlings-Blake ” is not only Mayor but Secretary of Democratic National Committee. Rawlings also made a “sweet “Enoch” internet deal” with George Soros “Open Society”  to provide free internet to Baltimore.  Criticism rose against Rawlings after comment “she gave agitators space”. 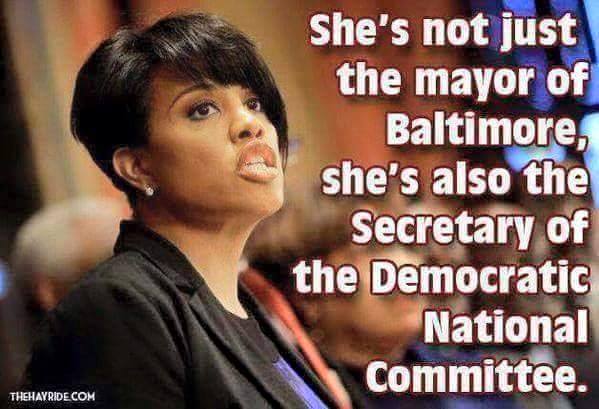 “I am grateful for Mr. Soros’s support of Baltimore’s effort to attract Google Fiber to Baltimore,” said Mayor Stephanie Rawlings-Blake. “Mr. Soros understands that Baltimore is a City with a great history of innovation and invention. With our world class institutions, businesses and engaged citizens, we are the best City in America for Google to invest in new high-speed Internet infrastructure. ”

In lieu of media participation in every racist incident since  Gates/Crowley incident one will always have reasonable doubt to their stories.  How amy would play along with their plans to overthrow our nation for a million dollars?   This should be pursued  and medical records subpoenaed quickly and should prove innocence of police officers.  Attack law enforcement anything symbolizing authority is communist Active Measure tactics.

During the early “Red Scares” in America House Committee on UnAmerican Activities investigated everyone even Hollywood.  The Smith Act of 1940 prohibited Constitutional liberties to anyone attempting to overthrow Constitution or government.  That really should be a no-brainer.