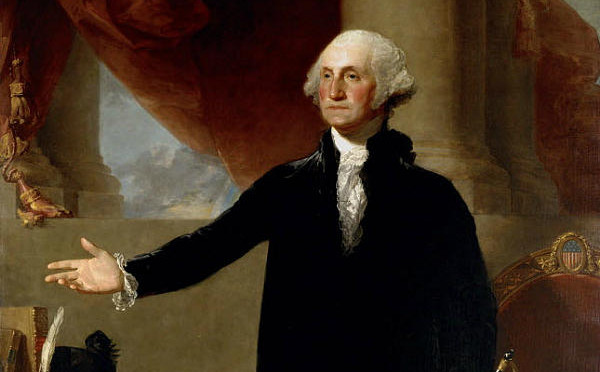 Masons Claim George Washington was one of their lifelong members.

How many times does one president have to be vindicated???  Most of the photos of Washington in Masonic garb are fake. He refused to sit for them. Congressional hearings dispute Masonic claims of founding fathers being part of new “Speculative” Masonry created on 1 May 1798.

Masons have used his earlier involvement with Masons under “Operative Masonry” to gain membership.  Membership in the Masonic Lodges dropped severely after Prof. John Robinson’s book “Proofs of a Conspiracy” (1798).

Proofs of a conspiracy against all the religions and governments of Europe : carried on in the secret meetings of Free Masons, Illuminati, and reading societies

George Washington letters warning about the dangerous Illuminati to Rev, Snyder in reference to Professor John Robinson’s book Washington corrected Rev. Snyder he had not attended lodge meetings in over 30 years.

“I have heard much of the nefarious, and dangerous plan, and doctrines of the Illuminati”       – George Washington – 1798

Communist Goals (1963) Congressional Record–Appendix, pp. A34-A35 January 10, 1963
#30. Discredit the American Founding Fathers. Present them as selfish aristocrats who had no concern for the “common man.”

VINDICATION  of GENERAL. WASHINGTON from the Stigma of Secret Societies
Extract from the Journal of the House of Representatives—
vol. I, page 276,
January, 20, 1837.