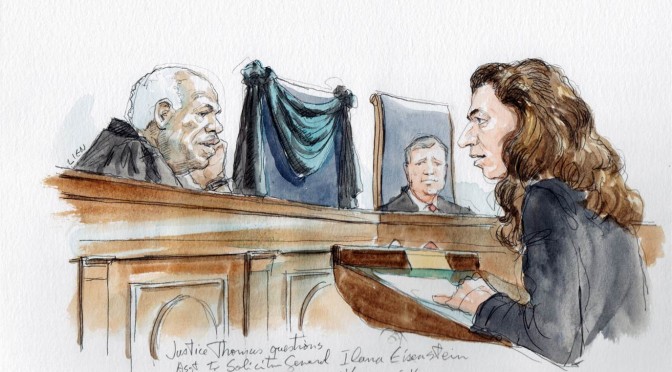 According to Chicago Tribune reported:

During the first 50 minutes of the argument, most of the justices appeared to favor the government’s position that even reckless acts of domestic assault fall under the law. Thomas did not pose questions to Virginia Villa, the lawyer arguing on behalf of the two men.

But Thomas peppered Eisenstein with several questions about Second Amendment gun rights, a topic no other justice had asked about. He noted that the law allows someone convicted of a misdemeanor assault charge to get a lifetime ban on possessing a gun “which at least as of now results in suspension of a constitutional right.”

“The suspension is not directly related to the use of a weapon?” Thomas asked.

Eisenstein said he was correct, but that Congress passed the law to prevent people accused of domestic violence from later using weapons against a family member. She noted that violating other laws can in some cases limit a person’s free speech rights. Thomas then asked how long the suspension of the right to own a firearm lasts.

Eisenstein said it was indefinite.

History of Voisine and Armstrong and

The Supreme Court agreed to hear the lawsuit filed by Stephen Voisine and William Armstong III involved in domestic violence misdemenor charges.  An October 2015 article stated the upcoming case and Judge Scalia was suspected to rule on the case.  The conviction on domestic violence misdemenor charges resulting in barring of  Voisine and Armstrong’s gun ownership.   The ruling was based on “The Lautenberg Amendment ” which some feel violates both state commerce clause and even brings into the realm of possiblities of “Minority Report” preventive crime analysis based on speculation.

“The greatest victory is that which requires no battle.” Sun Tzu, “The Art of War” If you study The Ten Planks of Communism it seems they mirror “The Ten Abominations” of “The Great Ming Code”. 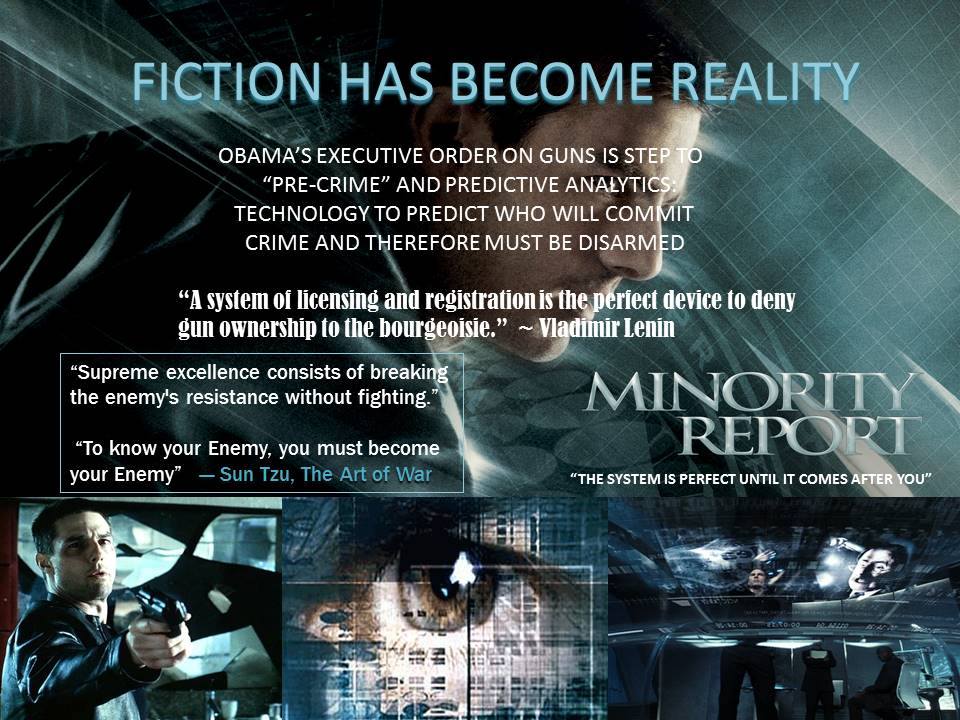 Arrested on basis of mental health records and profiling for arrest without committing a crime? What happened to “Innocent until proven guilty”???
Minority Report – Official® Trailer 1 [HD]

In this article is a list of court rulings over the years showing we are now watching second amendment irrevocable liberties transcend from felonies to misdemenors.   The illusion behind the crime prevention is it’s not the guilty being punished but the law-abiding “collective”.

Some history of famous shootings followed by gun control measures.

Is American watching the biblical prophecy of Daniel 7:25 unfold before our very eyes?   Amazing how the above scripture mirrors communist stragety and communists threats of taking America down without firing a shot.

“Communism with the Mask Off”

“In questions of power then, let no more be heard of confidence in man but bind him down from mischief by the chains of the Constitution.”
Thomas Jefferson

The general misconception is that any statute passed by legislators bearing the appearance of law constitutes the law of the land. The U.S. Constitution is the supreme law of the land, and any statute, to be valid, must be In agreement. It is impossible for both the Constitution and a law violating it to be valid; one must prevail. This is succinctly stated as follows:

The General rule is that an unconstitutional statute, though having the form and name of law is in reality no law, but is wholly void, and ineffective for any purpose; since unconstitutionality dates from the time of it’s enactment and not merely from the date of the decision so branding it. An unconstitutional law, in legal contemplation, is as inoperative as if it had never been passed. Such a statute leaves the question that it purports to settle just as it would be had the statute not been enacted.

Since an unconstitutional law is void, the general principles follow that it imposes no duties, confers no rights, creates no office, bestows no power or authority on anyone, affords no protection, and justifies no acts performed under it…..

A void act cannot be legally consistent with a valid one. An unconstitutional law cannot operate to supersede any existing valid law. Indeed, insofar as a statute runs counter to the fundamental law of the lend, it is superseded thereby.

No one Is bound to obey an unconstitutional law and no courts are bound to enforce it http://www.constitution.org/uslaw/16amjur2nd.htm