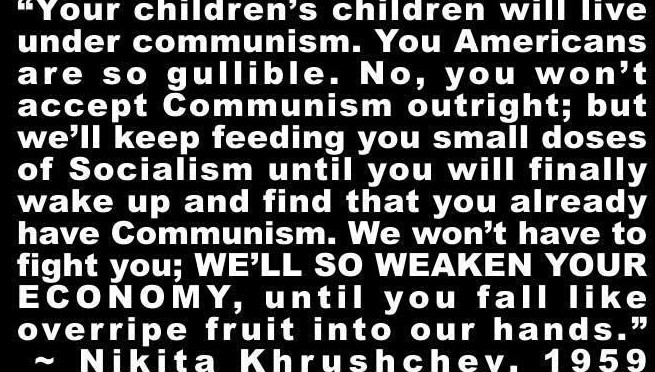 Infiltration rather than invasion.

It starts by collecting information on persons who shape public opinion. Publishers, editors, journalists, actors, educationalists, professors of political science, members of parliament, representatives of business circles. Recruit influential people who can look into your eyes with angelic expression and tell you a “LIE”. These are the most recruitable people those who lack moral principal. Who are either too greedy, or suffer from self-importance. They feel like they matter a lot. These are the people who the KGB wanted very much to recruit. OBAMA’s END GAME REVEALED COMMUNIST TAKEOVER SOCIALIST MARXIST http://www.youtube.com/watch?v=jkJbxsJeUrE

“Ideological Subversion” is the process which is legitimate, overt and open. You can see it with your own eyes just unplug the bananas from your ears and they can see. There is nothing to do with espionage. It is a “slow process” which we call Ideological Subversion ,”Active Measures”, or Psychological Warfare a.k.a. Marxism/Leninism Ideology is being pumped into the soft heads of students as “Critical Thinking” or “Social Justice” without being challenged