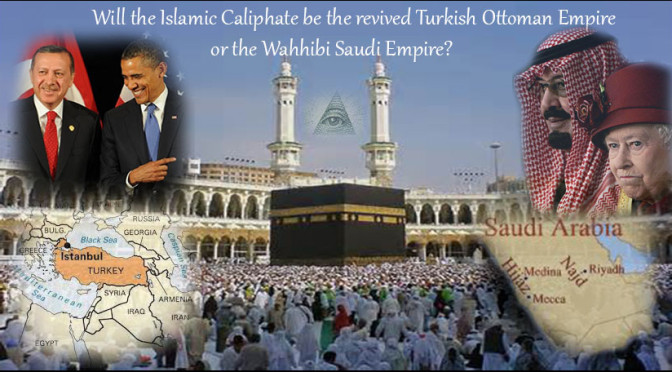 “Perhaps it is a universal truth that the loss of liberty at home is to be charged against provisions against danger, real or pretended from abroad” . James Madison

Is New World Order being created in front of our eyes using Hegelian Dialect?

Hegel’s method in philosophy consists of the triadic development (Entwicklung) in each concept and each thing. Thus, he hopes, philosophy will not contradict experience, but will give data of experience to the philosophical, which is the ultimately true explanation. If, for instance, we wish to know what liberty is, we take that concept where we first find it—the unrestrained action of the savage, who does not feel the need of repressing any thought, feeling, or tendency to act.  Psychological Warfare with use of confusion of opposing conflicts and propaganda will result in loss of ability to resist or defend yourself, country or family.

“Hegelism” Another “ISM” created to bring Washington Consensus  down with Communism.

The Powers that be in full control  of economy and government in Britain through debt to money lenders in 1600’s/1700’s.   During Middle Ages European Kings placed in power by Roman Catholic church.  Example of this is Charlemagne .  Vatican became indebted to Illuminati and now they control Vatican and experts at Cannon Law.

In a December 13 meeting with the Vice Minister of Interior, the Consul General and human rights officer raised the issue of religious freedom.

The Islamic Caliphate is forming before our eyes! WAHHABISM of Saudi Arabia is SHARIA LAW ON STEROIDS.

The Basis for Wahhabi ideas grew in the shadow of power and politics. In the internal dimension, there is no doubt that the relationship between Muhammad ibn Abd al-Wahhab and Muhammad ibn Saud, the emir of Al-Diriyah, guaranteed the survival of Wahhabism.

500,000 flee  as Wahhabi militants in firm control of Iraq’s Mosul Are we getting the “Big Picture” here?  British created Wahhabi is killing off Muslim and non-Muslim.

Sunday  10/08/2014,  23:50   (Jerusalem  BASHIQA, Iraq (AFP) — Wahhabi militants were in firm control Wednesday of Iraq’s second city Mosul after seizing it and a swathe of other territory, patrolling its streets and calling for government employees to return to work.

Half a million flee’ The International Organization for Migration said Wednesday that around half a million Iraqis had fled their homes in Mosul following the city’s fall, fearing increased violence.

The Geneva-based organization said its sources on the ground estimated the violence leading up to ISIL’s total takeover “displaced over 500,000 people in and around the city.”

The violence in Mosul “has resulted in a high number of casualties among civilians,” the IOM added.

Known for its ruthless tactics and suicide bombers, ISIL is arguably the most capable force fighting President Bashar Assad inside Syria as well as the most powerful militant group in Iraq.

The takeover of Mosul prompted the United States to voice deep concern about the “extremely serious” situation and warn that ISIL poses “a threat to the entire region.”

UN chief Ban Ki-moon’s spokesman said he was “gravely concerned by the serious deteriorating of the security situation in Mosul.”

ISIL is led by the shadowy Abu Bakr al-Baghdadi and backed by thousands of Islamist fighters in Syria and Iraq, many of them Westerners, and it appears to be surpassing al-Qaeda as the world’s most dangerous Wahhabi militant group.

Can the powers that be unite prior Turkish-Ottoman Empire with Saudi sect of Wahhabi flag of unity “Talaweed”.

With Meca 2020 Project finished will Democrats win the race over Republican oligarchy with their assigned “Established Religion” goal?

WAHABBI sects “stirred up” by Democrats during Carter Administration are “Culling” among their own. Wahabbi (Saudis) created by Britain stirred up by Democrats is ONLY way. Al-Qaeda is Saudi base for genocide of other muslim sects. Tell a lie big enough, often enough eventually they will believe it. Allah/Sin (Crescent Moon god was Satan himself. Wahabbi is “Allah’s “Old Time Religion”

Scholar from al-Azhar: Wahhabism is a Satanic Faith, the Horn of the Devil that Muhammad Predicted
https://www.youtube.com/watch?v=ufxTUFapy1w

Wahhabism as a Tool of Colonialism.  Could the biblical prophecy “The First shall be last and the Last shall be first” apply with seed of Issac and Ishmael?  Saudi Royal Family Britain’s deal was struck with are direct descendants of Ishmael.

If Al Saud’s initial success could be owed to the spirit of violence, killing Muslims and plundering their assets, its subsequent achievement would undoubtedly be thanks to the British government’s economic, political and military aid. This is so that any analysis of the issue would be futile without considering the UK’s role.  Although Al Saud used the slogan of monotheism to justify its performance until the fall of the second Saudi and Wahhabi period, in the beginning of the third era Wahhabism itself turned into means of advancing Britain’s goals in the Islamic world.”http://hwaairfan.wordpress.com/2013/11/02/wahhabism-as-a-tool-of-colonialism/

Wahhabi clerics are easily provoked upon hearing that other Muslims may entertain the idea of restoring the Muslim caliphate. They strongly believe that Muslims other than themselves are godless and unqualified to claim the honor of reviving the caliphate, a multi-ethnic transnational empire with Sharia and the bonds of faith as the basis of government.http://www.newageislam.com/islam-and-politics/madawi-al-rasheed/saudi-wahhabi-leaders-see-turkish-threat-over-caliphate/d/76797

How Obama engineered the radicalization of the Middle East, setting the stage for Islamic Caliphate

HILLARY CLINTON and the Istanbul Process

This is the Babylon they are creating to control all commerce out of Istanbul.  Hillary’s “Istanbul Process”  will replace Washington Consensus as no established religion can co-exist under U.S. Constitution.  With Erdogen recent presidential win Syria is saying next step is Sultan.  Will EU allow Turkey membership?

Was TURKEY a play during BENGHAZI?

Benghazi: The Set-Up and the Cover-Up

By 20 Year CIA agent Clare M. Lopez  The multilateral U.S.-Libya-Turkey agreement to get weapons into the hands of Syrian rebels – which were known to be dominated by Al-Qaeda and Muslim Brotherhood elements — by working with and through Al-Qaeda-linked jihadist figures like Belhadj, seemed confirmed by the appearance of a Libyan-flagged vessel, Al-Entisar, which docked at the Turkish port of Iskanderun on September 6, 2012. Report

Suspected of carrying weapons bound for the Syrian rebels, the ship’s cargo reportedly included Russian-designed, shoulder-launched missiles known as MANPADS, RPGs and surface-to-air missiles—all of them just the sort of weapons available in Libya.

Following the deaths of 4 Americans in Benghazi and despite knowing the truth about who was involved, Hillary gets up sells a lie to the world.http://www.youtube.com/watch?v=DUdXN-Wb2sY

“These Masonic leaders seemed, then, to have embarked on a plan to subvert Islam from within, and to distort the Islamic world and render it predisposed to a confrontation with the West. Key to this strategy was the creation of the Salafi movement, which was an outgrowth of the emergence of the Egyptian Freemasonry of Cagliostro, which today is closely aligned to the Wahhabis of Saudi Arabia.

According to their devious strategy of “divide and conquer”, the British deliberately created the Wahhabi movement in order to upset the Ottoman Empire. At the height of its power, between the sixteenth and seventh century, the Ottoman Empire spanned three continents, controlling much of Southeastern Europe, the Middle East and North Africa. It stretched from the Strait of Gibraltar in the west to the Caspian Sea and Persian Gulf in the east, and from the edge of Austria, Hungary and parts of Ukraine in the north to Sudan, Eritrea, Somalia and Yemen in the south.

However, at the same time, the British were beginning to encroach upon former Muslim territories, in particular, making significant inroads into India. Nevertheless, they continued to have designs on the various parts of the Ottoman Empire, and worked to aid in its collapse by fomenting rebellion from within.The brunt of their strategy was focused on the creation of the Wahhabi sect of Saudi Arabia.”http://surrenderingislam.com/surrendering-islam/wahhabism

Queen Elizabeth II listening to a recitation of the Quran

Why would the Wahhabi Saudi Arabia kingdom destroy the sacred sites of the Prophet Mohammed’s family?

Research what the Wahhabis believe regarding  Allah http://jafrianews.com/2014/02/23/saudi-wahabi-monarchy-destroying-islams-sacred-sites-holy-prophets-birth-place/

One thought on “The Coming Islamic Caliphate: SAUDIS = Wahhabist Empire”