Hillary’s war to “destabilize” America into crisis continues.   Is there a plan to destroy America from within?  As John F. Kennedy stated “Infiltration rather than invasion”. 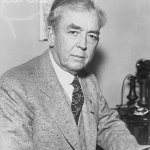 “INFILTRATION RATHER THAN INVASION”John F. Kennedy  “The President and The Press”  Waldorf-Astoria Hotel 27 April 1961

“Let us face reality, The framers have simply been too shrewd for us, They have outwitted us. They designed separated institutions that cannot be unified by mechanical linkages, frail bridges, tinkering. If we are to “turn the founders upside down” – to put together what they put asunder – we must directly confront the constitutional structure they erected” James MacGregor Burns “The Power To Lead”. “Committee on the Constitutional System”.

Are states rights being stripped by giving courts “Arbitrary Power” over the will of the people? 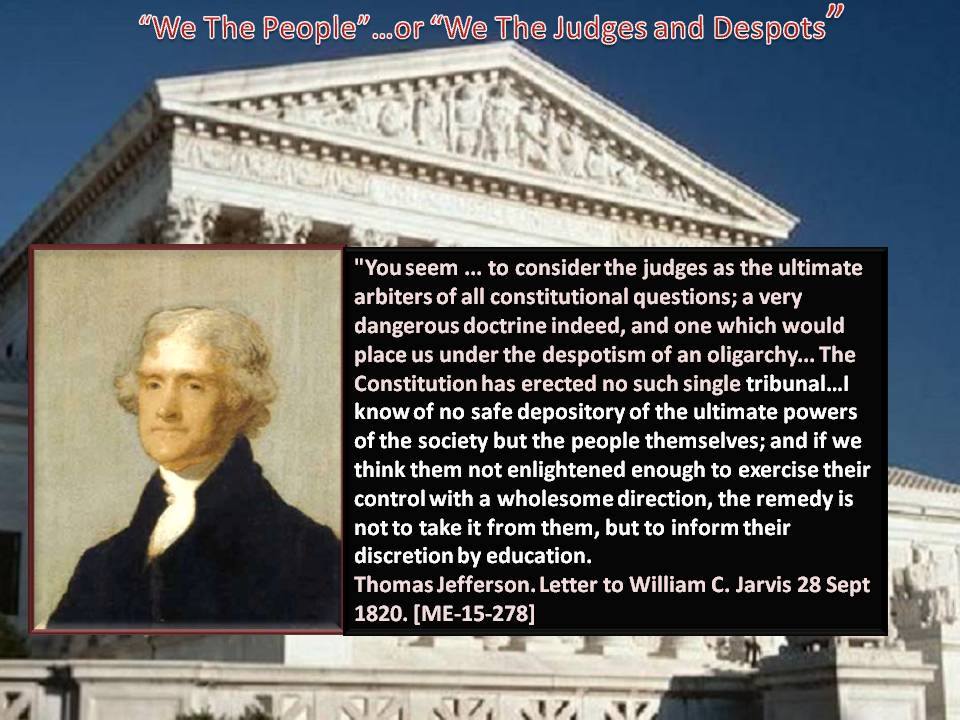 Jefferson on Government   “The Constitution… meant that its coordinate branches should be checks on each other. But the opinion which gives to the judges the right to decide what laws are constitutional and what not, not only for themselves in their own sphere of action but for the Legislature and Executive also in their spheres, would make the Judiciary a despotic branch.” –Thomas Jefferson to Abigail Adams, 1804. ME 11:51

“To consider the judges as the ultimate arbiters of all constitutional questions [is] a very dangerous doctrine indeed, and one which would place us under the despotism of an oligarchy. Our judges are as honest as other men and not more so. They have with others the same passions for party, for power, and the privilege of their corps. Their maxim is boni judicis est ampliare jurisdictionem [good justice is broad jurisdiction], and their power the more dangerous as they are in office for life and not responsible, as the other functionaries are, to the elective control. The Constitution has erected no such single tribunal, knowing that to whatever hands confided, with the corruptions of time and party, its members would become despots. It has more wisely made all the departments co-equal and co-sovereign within themselves.” –Thomas Jefferson to William C. Jarvis, 1820. ME 15:277

“In denying the right [the Supreme Court usurps] of exclusively explaining the Constitution, I go further than [others] do, if I understand rightly [this] quotation from the Federalist of an opinion that ‘the judiciary is the last resort in relation to the other departments of the government, but not in relation to the rights of the parties to the compact under which the judiciary is derived.’ If this opinion be sound, then indeed is our Constitution a complete felo de se [act of suicide]. For intending to establish three departments, coordinate and independent, that they might check and balance one another, it has given, according to this opinion, to one of them alone the right to prescribe rules for the government of the others, and to that one, too, which is unelected by and independent of the nation. For experience has already shown that the impeachment it has provided is not even a scare-crow… The Constitution on this hypothesis is a mere thing of wax in the hands of the judiciary, which they may twist and shape into any form they please.” –Thomas Jefferson to Spencer Roane, 1819. ME 15:212

“This member of the Government was at first considered as the most harmless and helpless of all its organs. But it has proved that the power of declaring what the law is, ad libitum, by sapping and mining slyly and without alarm the foundations of the Constitution, can do what open force would not dare to attempt.” –Thomas Jefferson to Edward Livingston, 1825. ME 16:114

(LONANG) like Mayflower Compact was written into “Common Law” solely to ensure “morality as James Wilson stated.  The Laws of Nature viewed “Attraction of The Sexes” equal to the laws of Magnetism.  “Like Poles Repeal” while “Opposite Poles Attract”.

Jasher 19:3 And by desire of their four judges the people of Sodom and Gomorrah had beds erected in the streets of the cities, and if a man came to these places they laid hold of him and brought him to one of their beds, and by force made him to lie in them.